by Friends Of The Iguana 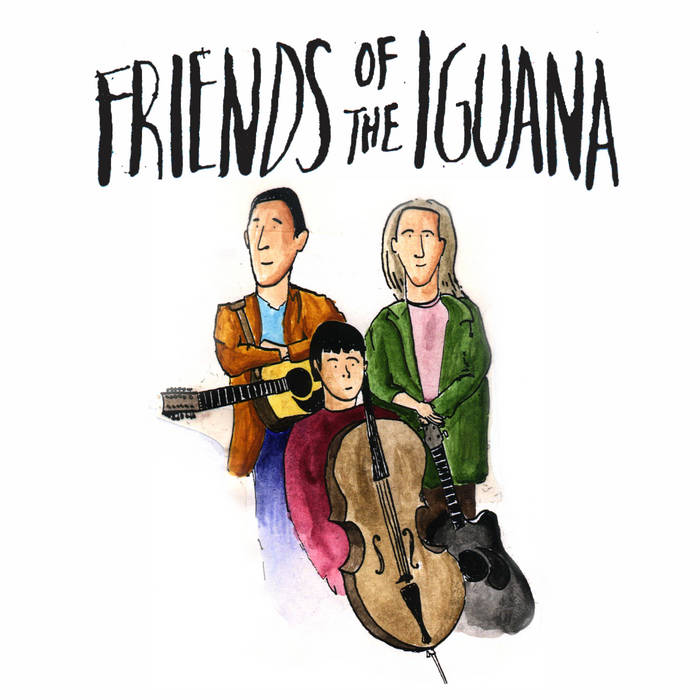 Friends of the Iguana were an unusual Brisband. Two guitars and a cello were the core of this group, formed in 1992 as a scratch band for a cabaret at La Boite Theatre. Guitarist/songwriters David Megarrity and Anthony Mullins began to arrange their original material with cellist Madelaine Hale shortly afterwards: literate and emotional domestic landscapes captured in delicate and austere chamber-pop settings. They played all the local venues, were state finalists in the National Campus Band Competition and recorded a self-titled EP in short order.

They followed this with full length album ‘Fall’ and kept on playing, including supports for My Friend The Chocolate Cake, whose style they resembled, and Regurgitator, whose style they did not. Strong reviews followed (including a write up in UK music rag NME). Madelaine left the group and moved to the UK where the group later played duo gigs. New string players David Sills and Liz Elliott expanded into the ensemble’s second lineup. The ‘Black and Brown’ EP was recorded followed by appearances at the 1996/7 Woodford Folk Festival. Later in 1997 the band played their last gig at the Valley Fiesta, cut short by a storm. With the encouragement of James Lees, the band’s original lineup reunited in 2004 to play the Keep off the Grass anniversary show at The Zoo, along with other folk/pop Brisbands of the nineties. Having released only cassettes during their time together this compilation CD came out in 2005.

Watch the video for 'Come Into My Garden' - youtu.be/hjX9INYWuyE