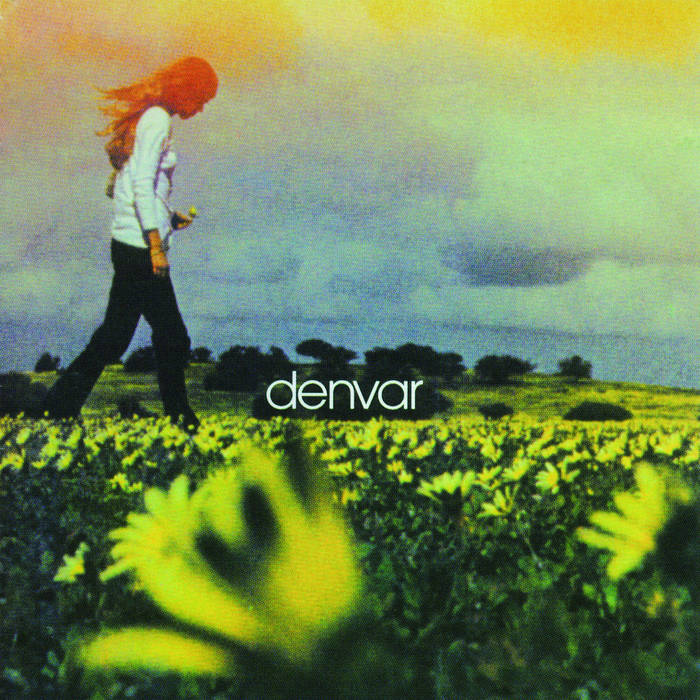 Gazzz I never knew of Denvar until today and I’m 53 and a huge Indie Fan.
Love my purchase, I can hear a Teenage Fanclub influence and even a Sandpit feel from Melbourne. But definitely a unique and awesome sound. Great production too.

This was our debut album recorded across a few sessions throughout 1999 at Sunshine Studios with Greg Wales. At the time we were a 3 piece with Paul Bennett on vocals/guitar, Jay Seymour on bass and myself (Dave Gilbert) singing from behind the kit.

After the first session we lost Paul to Melbourne. We had split the songwriting 50/50 so this left us with half an album missing. With recording sessions booked and now just bass and drums, Jay and I bunkered down and fleshed out an album off scraps of demos we had floating around, with new member, Bryce Moorhead from local legends Ukowave joining us later during the sessions.

“She’s All I Had”, “Siam”, “Drag Me ‘round”, “I’m Not Him” and “The 22 Chord” were written in the week before or in the studio. Greg Wales was integral in the creative process and an amazing producer to work with. We had chose him as he had recently produced one of our favourite albums “On Second Thought” by Sandpit. One of my favourite memories of that time is that he travelled with his own set of chilli party string-lights to set the vibe in the studio.

Upon finishing the album we soon added drummer Dave Cowie and I moved up front to guitar. The album went well with two singles, “Applebee” and “She’s All I Had” getting heavy radio and taking us from our bedrooms to play with some of our heroes like You Am I, The Church, The Fauves and The Strokes.

The bonus track included here, “Big Lips”, was a demo we were working on after the album with our guitarist Bryce at his original Zero Interference Studio. It never quite made it out of the box, but was in our live set quite often and is a good snapshot of the energy in our live line up back then.

With only one pressing the album soon became rare and lost, turning up every few years on eBay for more than I would pay for it!

Up until now we have had no digital version of it floating around. I hope it finds it’s way to someone from back then and brings back some memories.