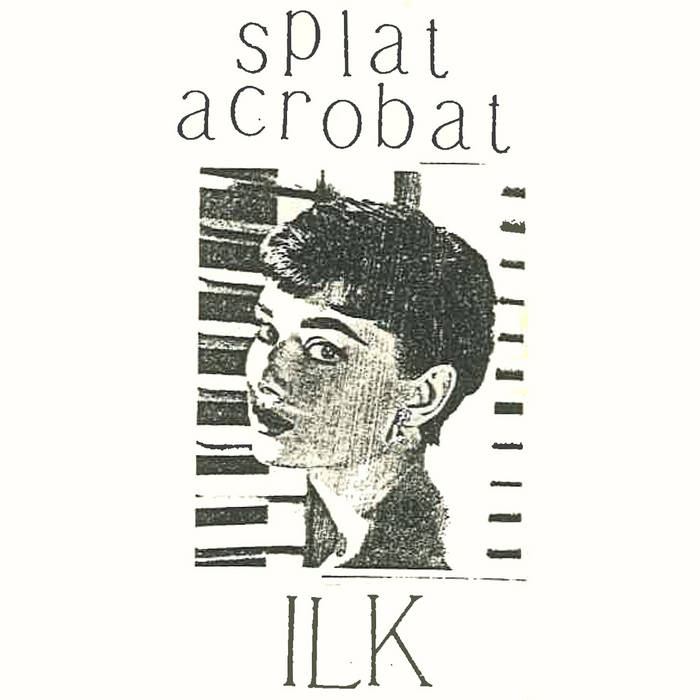 The long lost Splat Acrobat demo cassette, entitled 'Ilk'. Recorded on a 4-track tape machine in the bathroom of a share house on Cracknell Road in Annerley.

Splat Acrobat emerged from a colourful sharehouse in Annerley in early 1990. Brendan Callen (formerly drummer of The Pheromones), Uni mate Frank Henry and housemate Peter Fergusson all shared a love of jangly guitars and a desire to form a band. Frank also saw it as a way to meet girls. Brisbane music legend Col Barwick (Died Pretty, Fugitive Microbes) was welcomed and found his place on the skins.

The last piece of the puzzle was a strong vocalist - enter Anthony Ross - and the quintet was complete. Cracknell Road house parties were the stuff of legend from 1990 -1993, as were their gigs at The Zoo, The Orient Hotel, The Shamrock and many other Brisbane venues of the time. Splat were a part of the Spark Collective of bands which encapsulated the independent alternative sound of early 1990s Brisbane.

Splat put out a 5 track EP in 1991 'Scaleen', a cassette 'Cracknell Road' in 1992 and a collection of works 'Galore' at the end of 1993. They disbanded when Pete Splat moved to Townsville for work in mid-1993. Splat had their final gig in 1994 at their favourite haunt The Orient, and had their reunion show at The Zoo in April 2016.

Recorded at Alpha and Fulham Studios, Annerley between May and August 1991.

All songs written and arranged by Splat Acrobat.