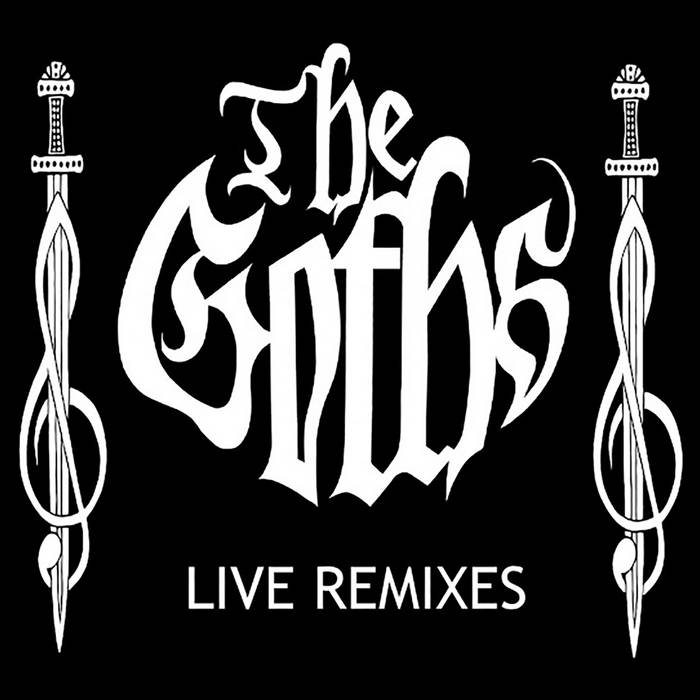 When Johnny Stowmarries from The Goths was contacted by the Graveyard stating that it would love to include some releases by The Goths, the focus immediately shifted to the older/hard to come by stuff.

The Live Remixes EP was always the obvious choice. It is after all The Goths first published compilation of standalone singles as well as their only live document.

The Live Remixes EP is a rarity among The Goths records. Performed as a 4ZZZ Live-To-Air, it dates from May 1992, at Triple Zed's Coronation Drive studios after 4ZZZ was taken off air and forcibly evicted from its University of Queensland premises by the then UQ Union ALSF and Young Nationals student union executive before the station was able to obtain a loan to buy the former headquarters of the Communist Party of Australia on Barry Parade in Fortitude Valley.

Getting the EP on the Graveyard provides a linking out gateway to The Goths current channels and a point of discovery to all the rest of The Goths stuff.

The Goths are a duo that formed in 1987 when Percy Blakeney (vocals, bass) met Johnny Stowmarries (guitar, vocals). On The Live Remixes EP, all other instruments are by The Goths.

'Fuchsia' is the first song written by The Goths and goes back to 1987. Johnny was renting a place in Rainworth. The two had been in bands before and Percy dropped in to talk to Johnny about music, the live scene, bands and songs. They played guitars, talked about books and straight away began working out 'Fuchsia' with the idea of possibly recording one day.

‘Fuchsia’ is about the character in the Mervyn Peake novels, Lady Fuchsia Groan, a fictional character in 'Titus Groan' and 'Gormenghast'. The character was also the subject of The Cure song, 'The Drowning Man', which is about her and mentions her by name.

'Cathedral' was a song Percy came up with while The Goths were resident act at the Bohemian Cafe at 79 Elizabeth Street the city, throughout the early 90s, 1990, 1991 and 1992. 'Cathedral' came about from self examination, the notion of Goths and gothic and so on, which led to gothic architecture for instance and gothic cathedrals in particular.

Percy was heavily influenced by the architectural mythology surrounding European cathedrals, coming up with lyrics that touch on the social and political impact that these structures had on European, or so-called Western, history as a whole.

Percy had written 'Black Laugh' before The Goths had both met, as mood music or atmosphere rather than as a detailed account of anything. As such, 'Black Laugh' is much more a parody of the Romanticism in late 18th century Europe.

At the same time as 'Cathedral', Percy had come up with 'Act Five Scene One', a retelling of the famous ‘graveyard’ scene in Hamlet, yet one that takes account of the effect of the performers on what is being performed.

'Raven' dates from quite early in 1990 after The Goths first began performing at the Bohemian. Percy came up with it. As with 'Black Laugh', 'Raven' was concerned with giving an impression and creating a mood despite having a Count and a very Edgar Allan Poe style raven inhabiting the song.

'Full Moon in October' was a piece of ad-lib faux-jazz by Johnny, featuring some "devil's-chords" in the refrain, that resulted from a phase of a full moon viewed one October, in 1989. It's less of a werewolf story than it is a comic snapshot of life as the wolf man.