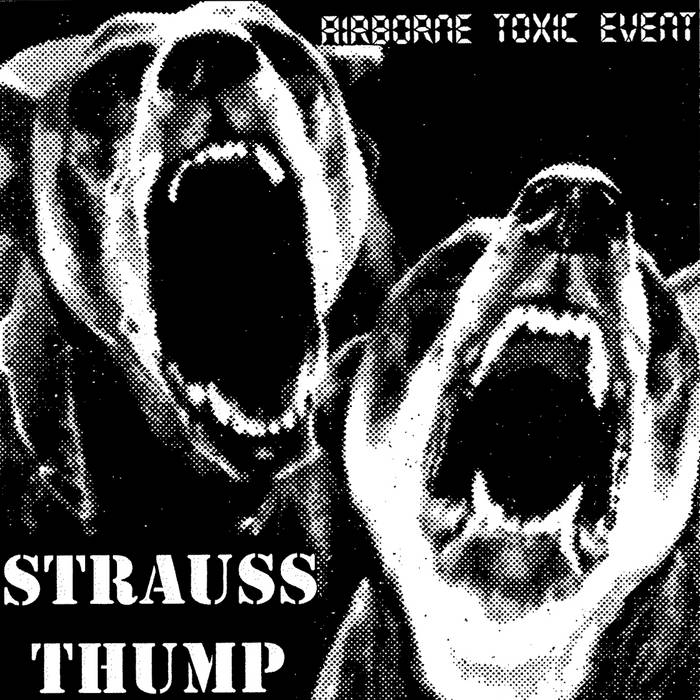 Airborne Toxic Event were an alternative/industrial performance group. The most significant performances were in Brisbane, Australia during 1990 and 1991.

The group's name came from a chapter in "White Noise", a famous book by the American writer Don DeLillo.

Musical influences were: SPK, Laibach, Einstuerzende Neubauten, Laurie Anderson, Nick Cave and the Bad Seeds, Throbbing Gristle, and many others.

Artistic influences were DADA. We had all read lots of film theory and William S Burroughs before deciding to form a band.

Each member had been in other acts before ATE (The Pits, Birds Of Tin, MTTV, Xero) and were disenchanted with the contemporary guitar-oriented music scene of the early 1990's.

Totally sick of the formulaic direction electronic dance music was taking, they wanted to do something really different with samplers.

There was also a fairly popular "Performance Poetry" thing happening in Brisbane at the time. The Shamrock Hotel in Fortitude Valley had special "Poet's Nights" that the band would go along to sometimes.

ATE met at a Spring Hill flat each week. Drawing a "Big Picture" on butchers' paper helped plan future performances. Each member would "brainstorm" the paper with things to do. Some of these drawings got very arty as the night progressed.

The band liked to project Super-8 movies and slides onto the stage during shows to add to the visual performance. All the instruments were played live. No two performances were ever alike.

Unfortunately there were few photographs taken.

One of the most unusual features of this outfit was a decision to play without any drums (real or electronic). This really annoyed some people (who just need a beat). You know?

Use of early model digital samplers (Roland S-50 and Casio FZ-1) allowed repetitious "loops" to provide some kind of rhythm when desired.

Instruments were swapped among the players as needed. Performance standards were pretty "slack" compared to more "rocking" bands most people are used to.

Occasionally pieces of metal were beaten during a performance. (Thanks Alex and Sativa.)

Snatches of obscure radio broadcasts were layered under the other sounds.

Synthesisers replaced traditional bass instruments as well. Vocals were heavily distorted by reverb/chorus/delay as desired. A megaphone helped too.

Despite the electronica, ATE was not a dance-oriented band, at all.

One early show was at the old 4ZZZ studios at University of Queensland. Also performing that night were He Dark Age and Grunt. This was a very interesting night for the few who ventured to it. Grunt made use of a number of home made musical instruments in their show.

The 4ZZZ Band Collective ran the B.C. Club at Queensland University of Technology. The Collective's main function was to keep radio station 4ZZZ FM supplied with local bands for its benefit performances. ATE joined the Collective, participated at most meetings, and played for them a few times.

Unfortunately the club at QUT was never very popular because it was some walking distance from Brisbane's main nightclub districts and public transport routes. The Collective never reached its potential, and broke-up after some internal disputes over membership rules, and rowdy behaviour at meetings.

The quartet supported Einstuerzende Neubauten at their only Brisbane performance (at Metropolis Hotel, on 2 July 1991). Some of this show was captured on film, but might have been too dark for use. A few of the Goth types were interested in the act.

They also did the 1991 Brisbane Anarchist Society Ball at West End Migrant Centre. The group's musical performance was at its peak by this stage.

After a few other "minor" performances, including the Treasury Hotel, the excitement was gone....

The members all got real lives, and work. They still see each other socially when they can.

On 7 March 2008 the band reformed to perform "WOO" at Brisbane's Institute of Modern Art.