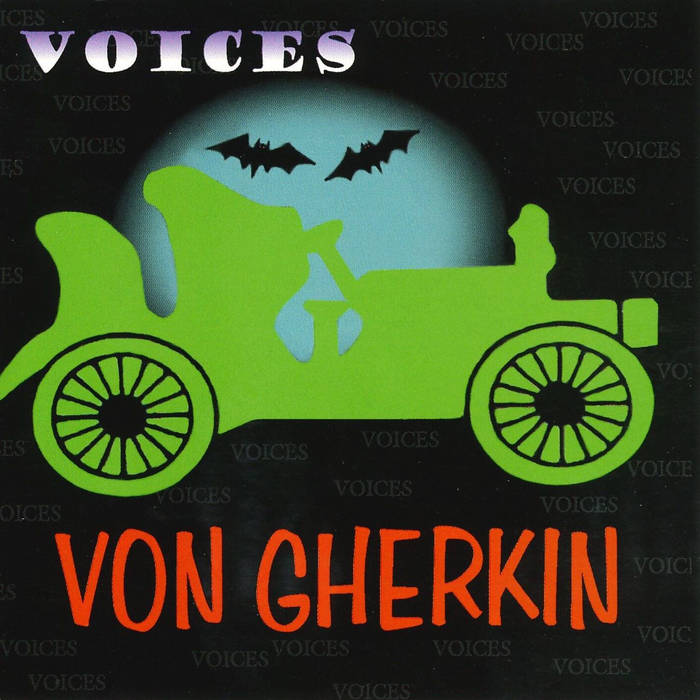 It wasn't long until the lineup expanded with the additions of Kat Alberts (keys/vox) Dan Fihelly (trumpet/vox) and Dan Nichols (sax/vox). Not to mention live engineer Heath Storrie.

Von Gherkin had a theatrical live show adding to the quirky nature of the music. VG played shows around The Valley and West End regularly from its inception. The band took out awards at the QLD Rock Awards and 4ZZZ Local Band Competition, prizing the band with recording equipment and studio time.

Aside from the local gigs, the band won a touring grant and travelled between Brisbane and Melbourne.

1999 saw the only release for the band with the EP “Voices”, an eclectic mix of songs written over the previous few years.

All tracks mastered by Don Bartley at Studio 301, Sydney

Note: Dan Nichols played tenor sax at live shows although he doesn't feature on this recording.