by Ups And Downs 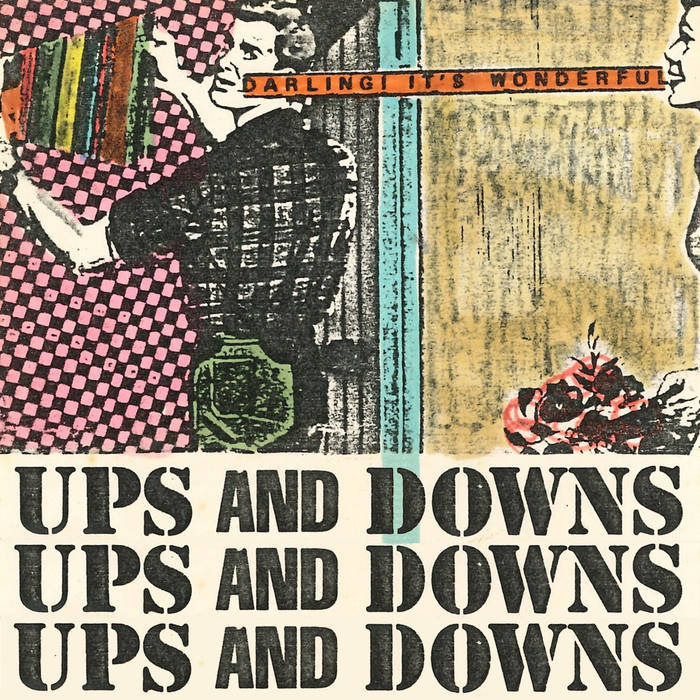 ⸸CoughCool⸸ Love the lo-fi quality, legitimately from a cassette recording. The songs are timeless treasures that I would surely have sung along to had they jammed this in the States. New wave pop goodness Favorite track: Imaginations Wild.

tinkamasala Such a treat to hear some old stuff from Ups and Downs whilst waiting for the new stuff. Absolute treat! Favorite track: Tears And Laughter.

This, now very rare release, is the first document of much-loved Brisbane group Ups And Downs. A handmade cassette recording of the band's first carnation as a trio made up of brothers Greg and Darren Atkinson along with John Flade in 1983.

Peter Shaw soon joined the line up. After the release of two singles through Basketcase in 1984 they relocated to Sydney where they built a cult following. In 1986 they released the single "The Living Kind" through True Tone. In 1987 Trevor O'Neil joined the band. They signed with Mushroom and released their debut album 'Underneath The Watchful Eye' in 1988. Flade left the band in 1989 and they released one more EP before breaking up in 1990 (where Greg and Darren went on to form Big Heavy Stuff). In 2007 they played at Pig City, a celebration of Brisbane music and for the 4ZZZ Flashback, a 40th anniversary of the Brisbane radio station. They reformed in 2011 for a series of shows and released a compilation album, 'Out of the Darkness: Sleepless, Singles & Other Stories.'

About this release:
"We recorded some demos at Sunshine Studios, financed by coming runners up in 4ZZZ FM’s Band Bazaar competition, and released them as a cassette called Darling it’s Wonderful. One of the recordings 'The Real World' remained in our live set almost until the end of Ups and Downs, while another 'Colours Forming' was included on Linda Wallace’s excellent pop and politics cassette 'Queensland in Quarantine' (goo.gl/RGtxFx). We played the odd gig with bands like Presidents Eleven, Lovs E Blur, Cry Conflict and I Am Vertical. Both cassettes were flogged on 4ZZZ and made it into Rocking Horse Records independent charts – a career highlight for us up to then…"

2017 sees the band releasing a new single 'Disco In My Head' with a full length album to follow soon.